Imagine going from washing dishes in a bar, to touring the world as a professional rocker! Well that’s exactly what happened to the British-Australian indie band Sunset Sons. The band members met while travelling near Hossegor, France and instantly bonded over their love of music, surfing and travelling the world. One thing led to another, and Sunset Sons was born! 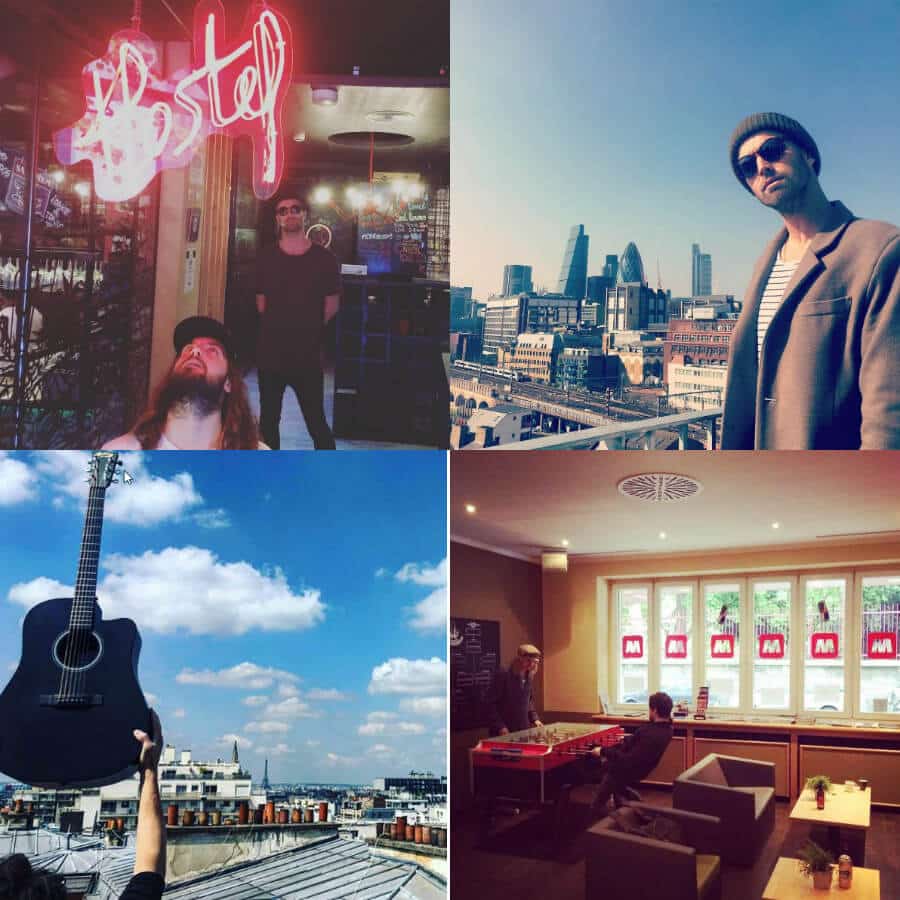 Made up of lead singer and keys player, Rory Williams; guitarist, Robin Windram; bassist, Pete Harper and drummer, Jed Laidlaw, the band are now actually based out of Hossegor where they met. Travel brought them together, and continues to be one of their greatest allies, as they tour the world sharing their music. They tell the story a little better…

Sunset Sons are the first band to perform as part of Hostelworld Sessions – our brand new series showcasing rising artists playing live in hostels around the world! So far they have popped up in the following cities:

Les Piaules is a recent addition to the Paris hostel scene, but has quickly become a travellers’ fave. The rooftop view is gorgeous (always a plus in a city like Paris) and the chill-out space channels Parisian bistro vibes. There’s even a photo booth to capture all those brand new memories 😉 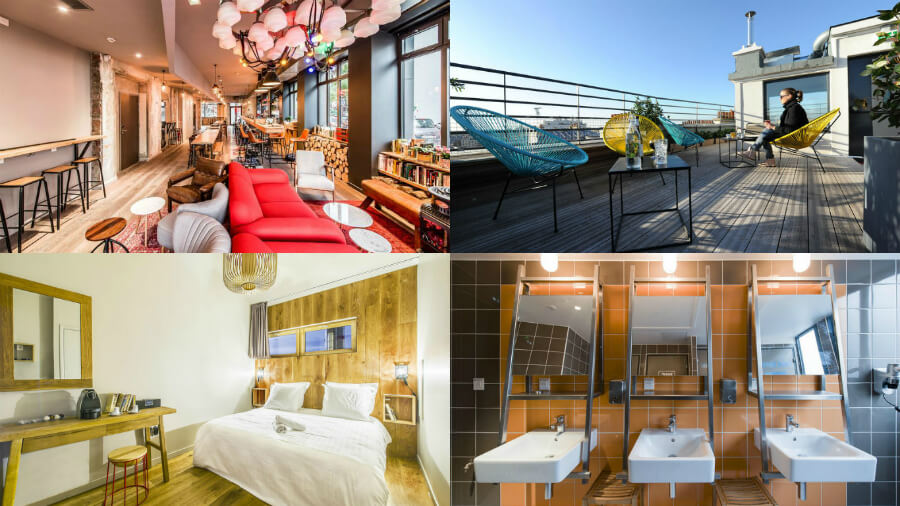 This beauty is an absolute gem. Recently featured in our Ultimate Amsterdam Hostel Bucket List, and our A to Z of Luxury Hostels In Europe articles, ClinkNoord is a former testing lab! They’re all about fun, adventure and of course some pretty fancy digs, and even though it’s a modern hostel they kept the original stained glass windows 😉 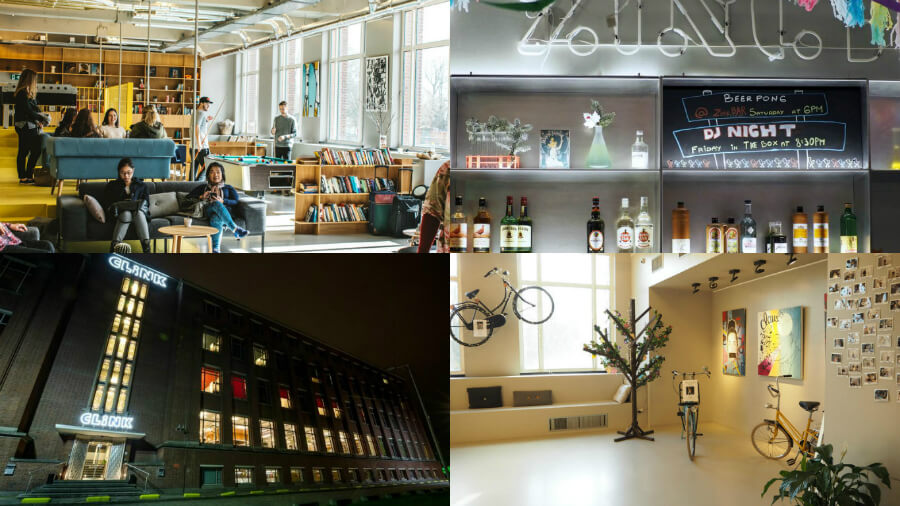 London always seems to be the most population for our travelling community, and this is one of the city’s all-time greats. You might feel a little magical when you walk in – the decor certainly feels like you’re staying at Hogwarts! The breakfast is top notch, the bar is buzzing with life, and their always up for a gig! Just ask Sunset Sons 😉 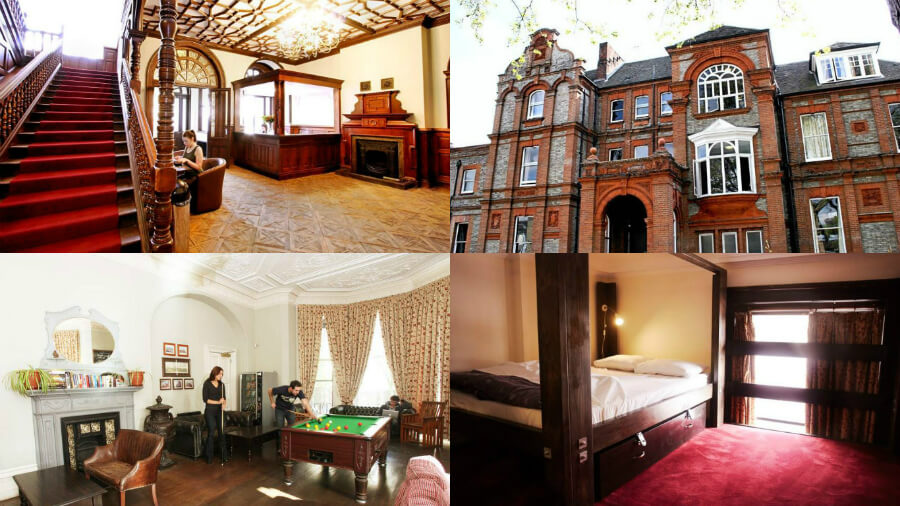 Book now
Keep your beady eyes on our social channels for updates on upcoming exclusive gigs! 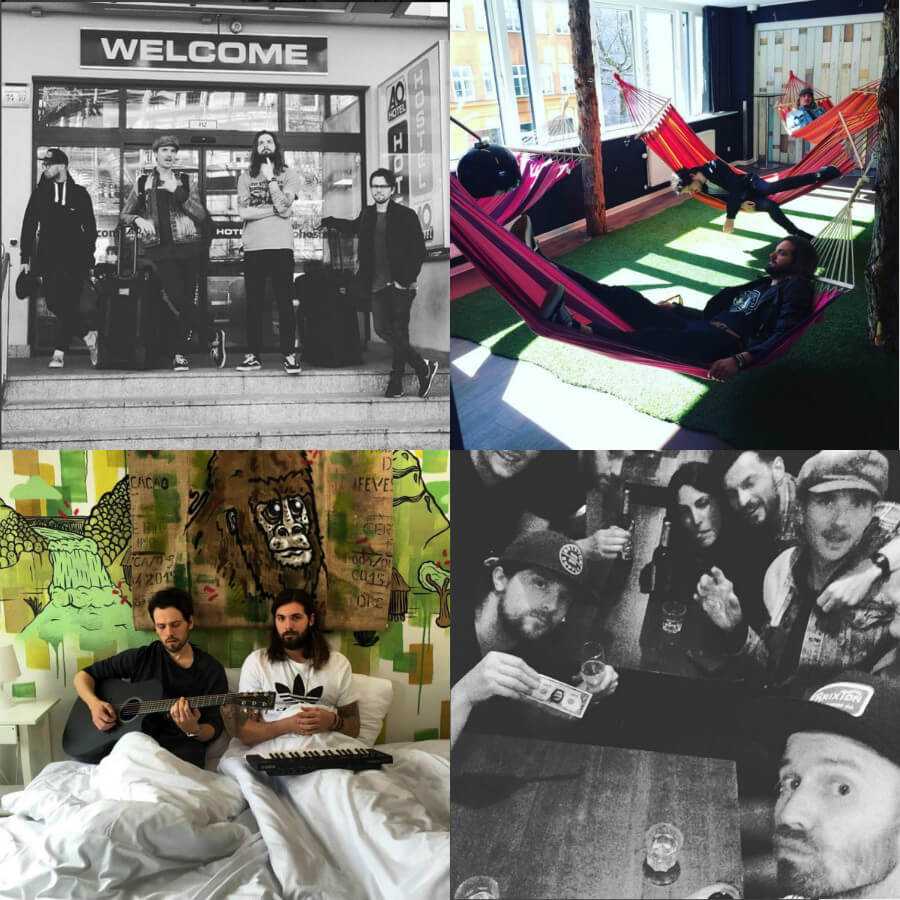 If you like what you saw in our Hostelworld Sessions videos then get your skates on and book tickets to see Sunset Sons live during their second 2016 European tour, kicking off in October. Check out the dates and venues here: